Disgusting. Ugly. Filthy. Creepy. These are usually the words used to describe cockroaches. And yes, these may be true. But you know what else? Cockroaches are unique insects, and as much as you may hate to admit it, amazing creatures. How amazing? Read on (if you have the guts, that is).

Cockroaches are older than dinosaurs.

If ever you’re having trouble with cockroaches, be comforted by the fact that you’re not the only one. The very first humans probably had the same problem and they didn’t even have bug spray! Indeed, cockroaches have been around longer than we humans. Recent studies show that they have even been around longer than dinosaurs, as early as 359 million years ago! How did cockroaches manage to survive when so many animals have gone extinct since that time?

There are more than 4,000 species of cockroaches all over the world.

There are approximately 4,600 species of cockroaches and they can be found all over the world, in every continent except Antarctica. Before you panic, though, only about 30 of these species can become pests. Most of them live in forests, whether under the ground, crawling across the forest floor or in trees, while others live in caves, fields, swamps and grasslands. One species of cockroach can even live in the desert, absorbing water vapor using its mouth structures in the absence of water.

Some cockroaches can grow over 3 inches long.

According to the Guinness Book of World Records, the longest cockroach is the Megaloblatta longipennis found in Central and South America, which can grow up to 3.8 inches long and have an 8-inch wingspan. The Central American giant cave cockroach can reach the same lengths but has a shorter wingspan, around 5 to 6 inches. The heaviest cockroach is the giant burrowing cockroach from Australia which can weigh over an ounce – as heavy as a CD. It is also the longest-lived cockroach, able to live for up to ten years. 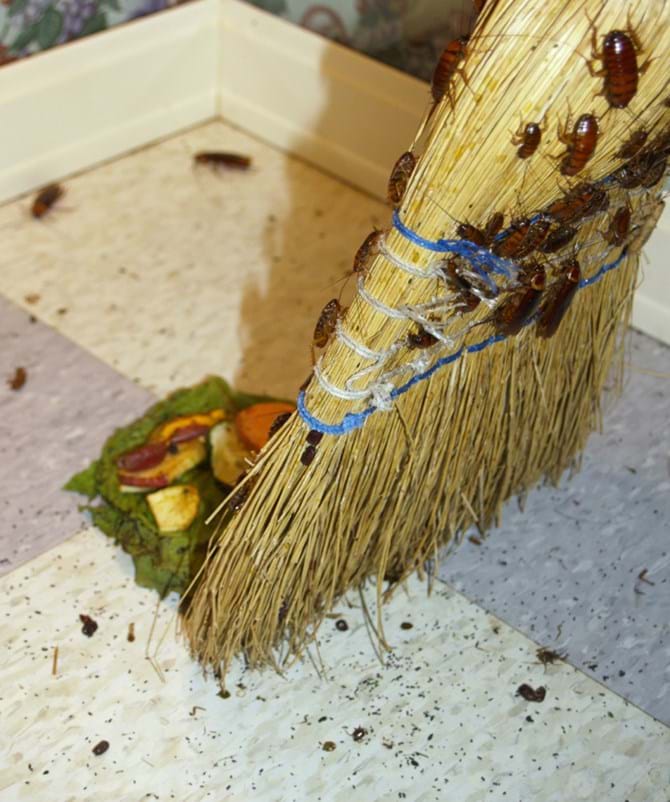 A Cockroach Can Live for Week Without Its Head

Due to their open circulatory system, and the fact that they breathe through little holes in each of their body segments, they are not dependent on the mouth or head to breathe. The roach only dies because without a mouth, it can’t drink water and dies of thirst.

A Cockroach Can Hold Its Breath for 40 Minutes

These pests can even survive being submerged under water for half an hour. They hold their breath often to help regulate their loss of water.

They Can Run Up to Three Miles in an Hour

While this may seem like an impressive athletic ability, what it really means is that they can spread germs and bacteria throughout a home very quickly. 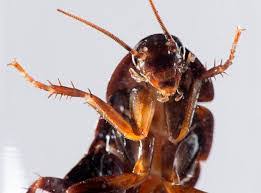 Prevent Cockroaches From Infesting Your Home

If you want to prevent cockroaches from infesting your home, you might as well cut out the beer. Scientists have proven that cockroaches are attracted to alcoholic beverages. They just love the smell of alcohol mixed with sugar. Can you imagine a cockroach getting drunk? If you want to keep cockroaches from infesting your home, you would want to clean up after you drink. And keep your bottles in a secure and tidy place. You would not want these insects to be crawling up and down your bottles while you sleep. Cockroaches can cause several illnesses such as Typhoid, Dysentery, and Polio. So, you better be careful, these creatures might seem harmless but they give one hell of a plague.

Did You Know That Cockroaches Are Hydrophilic?

They live to love water! They can survive without food for a month BUT they can only survive in a week without water. That explains why cockroaches love to be in the kitchen sink and in the bathroom. They just love moist. To prevent cockroach infestations in your home, you must always remember to keep your kitchen dry. I am sure you would want to use clean pots and spatulas for cooking. Also, remember to keep the bathroom tidy and sanitary. You would not want these creepy insects crawling over your soaps.

Coackroaches are now farmed for medicine

Cockroaches are now farmed in China as their value has increased tenfold in the last four years. Powdered cockroach is used in traditional remedies but cosmetic companies also use them as a source of protein.

A new ‘super’ cockroach has been born

The cold New York winters usually keep roach numbers at a manageable level. But the Big Apple is now suffering at the hand of a new Asian breed which can survive whatever the weather. Populations are soaring!

Cockroach fighting is bigger than One Direction….in China

Cockroach racing and cockroach fighting is growing rapidly in both the US and China. The New York Times carried a report in 1886 of a group of Chinese people traveling around major cities and staging roach fights, bringing in thousands of dollars in bets. Considering those are 1886 dollars, that’s not bad.

In China, cockroach farming is gaining recognition. Cockroaches are dried to be used in cosmetics and in medicine as a protein source.

A cockroach begins every day with no memories about the previous day.

There are cockroaches in our food. Cockroach antennae and legs are present in popcorn, peanut butter, cheese and chocolate bar.